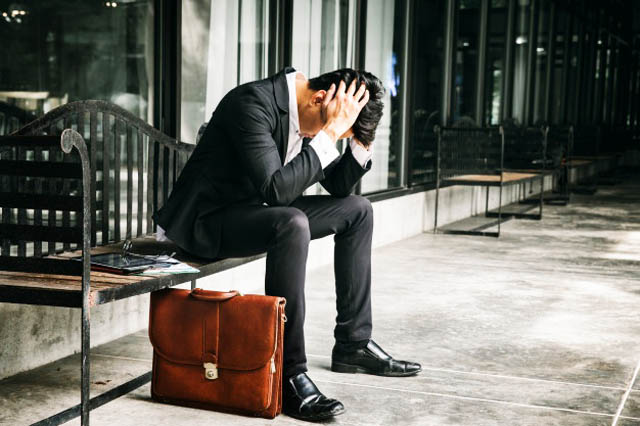 Why Are Students Being Unemployed Despite The Increase In The Number Of Corporates?

Why are students being unemployed despite the increase in the number of corporates?

Why traditional college/university education is not helping to get employed:

India may be counted as the fastest-growing major economy within the globe but that may not mean much to the country’s 130crore people, where many of young people are continue to struggle to get a right kind of jobs for themselves. For a developing country like India, where 1.2 crore people enter into the professional world each year, the situation getting worse day by day. To cope up with the pace of job creation, more and more corporate spaces are opening. Despite that, maximum graduates lack skills does not fit into the corporate world. Let's find out what’s the main causeof unemployment despite increase incorporates behind that;

Why traditional college/university education is not helping to get employed:

Though the economy of Indian growing, with recent reports ofthe Centre for Monitoring Indian Economy (CMIE), the unemployment rate is highest over four decades. It appears that college degrees are not enough to benefit students in terms of suitable employment. You can easily find hundred-thousands of reports of young people with higher qualifications such as master’s degrees or even Ph.Dsis now applying for jobs despite being overqualified for that job. According to a recent report observed by the Centre for Sustainable Employment, the rate of unemployment between the well-educated is nearly 3 times the national average. Despite an increasing number of corporates, nearly 55 million people are havingat least a graduate degreein the labour market, in between of which approximately nine million are evaluated to be unemployed.

This unreasonable unemployment rate among the graduates is both due to the poor schooling and the low quality of education and infrastructureoffered in most colleges. Altogether, this increases the unemployment among graduates making them unsuitable for employment in the corporate world. In a recent report by a skills assessment and research firm, Aspiring Minds, recruiters reported that 80 % of Indian engineering graduates didn’t even meet the basic minimum requirements of the corporate companies looking in their interns. Most of the firms say potentialcandidate’sdeficit adequate industry experience; asmost of the graduation courses are too theoretical.

The final result is that most of the college graduates end up enrolling for higher and/or advanced additional degrees, and taking up lesser jobs or remaining unemployed while they keep on waiting for something valuable in terms of employment.

In the current context, corporate companies are now hiring employees who do not focus only on one specific skill. Whereas it is expected to be a fresher’s having an entire skillsetthat is required by a particular organization or industry along with the compulsory soft skills. These new demands have also changed the hiring process. Even today before interviewing a candidate, recruiters are now looking at their social media profiles like LinkedIn, Twitter to get a better overview of the candidate.

Employerseven complain of having a lack of skills in today’s graduates; that’s one of the main reason behind unemployment.Let us discuss the important skills that India’s graduates today lack to enter the corporate job market;

Use of Social Media

Also with changing work environment, jobs that earlier hired a simple graduate now look for additional qualifications. Most of the employers prefer to hire an employee holding a post-graduation degree as well.

The government though has tried to offer alternatives to the stereotype college or university route through vocational training and skilling programmes. But the lack of available follow-up surveys and data makes it difficult for experts to assess their effect.

So, overall it’s pretty clear, only the traditional education is not enough to be fit into today’s corporate world. And to cope up with it, lots of skilling programs must be included in the existing theoretical courses.

In the current situation, educated unemployment and underemployment is mainly due to the mismatch between the expectations of graduates and employment opportunitiesavailable to them.

Lack of sufficient jobs and poor schooling makes large numbers of graduate students unsuitable for employment in the corporate sector.

In general, it's very difficult to directly get a job after a 3-year career gap.

“Discuss The Reason To Leave Your Last Job!” Seven Good Reasons That Your Next HR Manager Will Understand!

Stuck With Difficult People In Your Workplace? How To Deal With The Situation!

Tips To Cool Down At The Date Of Interview

3 Most Common Interview Questions You Will Have To Face!

Done With College! And Don’t Know How To Start A Job Search?

How Brands Reacted To WFH Trends

MY FIRST BOSS™, a venture of Cobaltzebra Info Technologies Private Limited, is a Talent Development & Management company, which has been designed and formulated, foreseeing the challenges of fresh graduates. read more